Python for an ERP software development 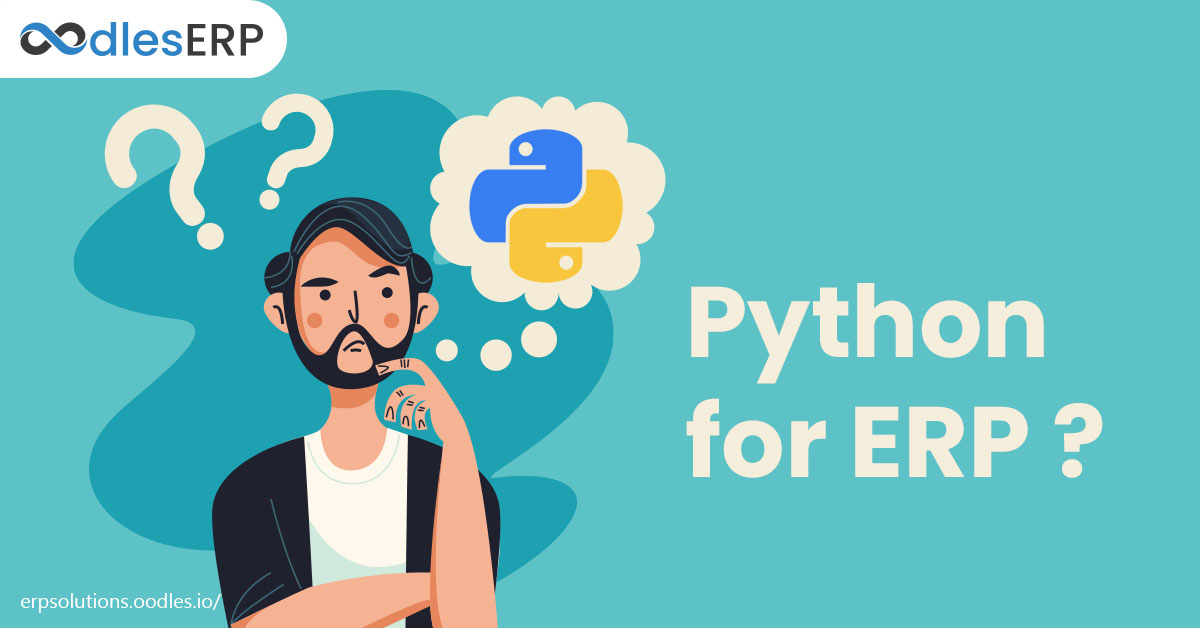 ERP is an integrated system that overviews organizational tasks in a well-regulated way. According to a report by Statista 94% businesses claim that their data security has improved using ERP technologies. Oodles ERP is a dedicated custom ERP development company with a goal of furnishing enterprises with robust, enterprise-wide ERP software.

Many people believe that python is good as a prototyping language but in my view, the strength of Python is :- one could specialize in business logic programming instead of a technical aspect, often what is required to develop an ERP system. It is a language that aids the programmer to focus on solving business problems, instead of being trapped in technical difficulties of the language.

Python is understood as slower than C or java, but it isn’t slow for a business logic programming language. Since an ERP system commonly depends on the database as a backend, the foremost bottleneck is the latency to retrieve data from a database, not python. So in this case, the difference of gap of ultimate performance between python and others, like java wouldn't even be noticed.

Django Python (or Flask) is the most efficient way to create the backend. It is more productive if you employ Wagtail alongside Django. ERP needs lots of models in order such that using something that accelerates the model's creation will help greatly. In terms of performance, the limiter of an ERP is the database. It isn’t, thus, a problem if you employ a slower languages like Python as the difference is a fraction of the speed.

However, at times ERP needs to run on low-grade servers because small enterprises/companies have limited costs. Nowadays Julia's web framework "Genie" is the better productivity/performance ratio available. It's similar to Django but surpasses Go in performance. As per fronted requirements of ERP user-friendliness and productivity, we design a separate UI that ensures easier user adoption and raises the user productivity as a key feature. We use  Angular, React or Vue.js for the frontend to empower the designers to make interesting mockups.

Another advantage of employing a Single Page App framework for the frontend is that it'll greatly limit the quantity of code needed to create a web UI + a desktop version + a mobile app since an equivalent code would be reused. Cross-platform development is crucial for ERPs.

People generally do not use Python, PHP, etc. as they are dynamic languages. However, Django is a very promising framework for financial/business applications because Django ORM maintains integrity at the database level appropriately. It is built for the normal relational data which most ERPs rely on. So I didn’t find many problems implementing good ERP / ERP-like-solutions in Django.

For enterprise-level large solutions within the scale of SAP / Oracle EBS, a language like Java would definitely give a foothold. This is mainly because there would be many language features that can help implement several design patterns in a better way (though we will implement almost every design pattern in Python as well).

Java/C# like strict OOP languages could be a far better choice but Django is good  for medium scale business software. It's suitable to use Django for ERP software as it is the most powerful web-framework, written in python.

Is it good to use Python for an ERP solution?

We are an ERP development company that custom designs ERP software to fulfill the requirements of a business. Using languages such as Python, Java, Angular and more, we use an extensive technology stack to design user-friendly interface and streamlined backend. Talk to our experts to avail our custom ERP development solutions.