What is Scriptless Automated Testing 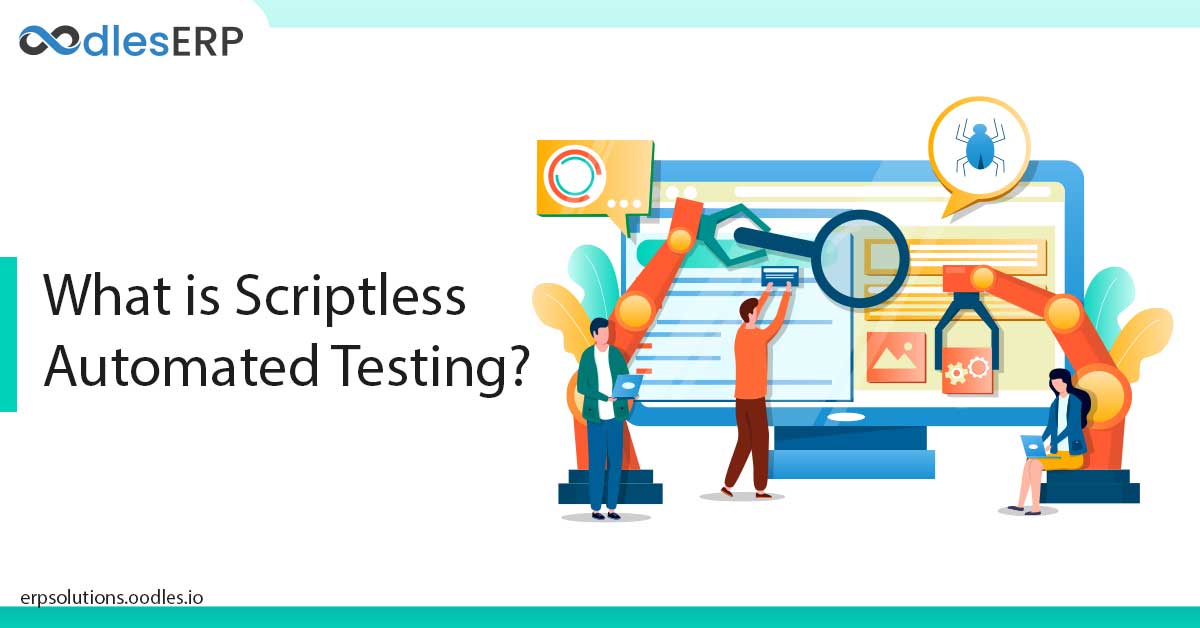 There is no requirement of coding or scripting knowledge to make automated tests. However, as a framework, it's an honest practice to supply the potential of customization.

For advanced users, customizations are often done by writing their own code for covering some unique test scenarios.

When traditional test automation falls short with a bunch of latest challenges, scriptless testing comes to the rescue. First off, it creates an ideal mixture of functional and technical expertise. How? Just use keyword abstractions as inputs to create test steps, adjust the methods, choose the acceptable options for a selected problem, and voila – you'll watch real enchantment.

Another advantage of such a codeless way is that you can detect bugs as soon as possible. Plus, it helps other business participants who do not have any knowledge of testing to understand this process, review test cases, and see a more clear picture of what the tester does. Overall we can say that scriptless testing makes automation more straightforward, understandable, user-friendly, and also allows the participation of industry users. Listed below are some benefits and disadvantages of Scriptless Automated Testing.

This is the appeal of Scriptless automation platforms They offer organizations a low-complexity and cost-effective opportunity to harness the power of Automated Testing, without the associated complexity or cost of script development.

Thus, it's imperative while selecting a mobile Scriptless Automation platform to make sure that:

Test scripts are often created in an intuitive “no-code” manner.

The test scripts are often exported in an open standard (eg. Appium) to stop vendor lock-in.

1. Less "test" related errors as the underlying scriptless framework would have been tested thoroughly. This, in turn, reduces the time spent on debugging and fixing test related issues.

2. The scripts using scriptless automated tools can be created by anyone who knows about the project as these tools have a low learning curve.

3. The script can be easily maintained whenever there is any change in the code or functionality.

4. Any group of test steps can be reused when needed.

5. If there are any enhancements or changes in the flow of the application under test, the changes can be easily included in the scriptless automated tests.

1. Some of the tools could be tough to set up initially.

2. As compared to record and playback, this will take more time for creating the test cases.

5. Drag and drop based object mapping

Although now there are lots of useful tools capable of escaping the need to code, calling them “scriptless” is as wrong as calling java a codeless programming language. Technically, scriptless testing tools are sort of a construction kit. You'll record the user script within the built-in browser, extend the generated tests, test statements, configure the structure, and run the tests for execution But in practice, there are a considerable number of drawbacks and ways to “shoot yourself in the foot.”

We are a Java development company that enables enterprises to streamline operations and drive returns, using next-gen technologies, with our development services. Our services include developing applications for all your ERP needs from CRM, WFM, and HRM to eCommerce, accounting, and wealth management software. We employ a variety of testing methodologies and use an extensive tech stack including Javascript, Node.js, angular, and more to develop end-to-end customized software for your enterprise. Get in touch with our experts to know more about how you can implement scriptless automated testing in your systems.